Ivacy’s presence is worldwide, for which reason it is more than happy to partake in the countless festivities taking place around the globe. One such festivity, Chinese New Year, is right around the corner, for which Ivacy and its team can’t be any more excited than it already is. If you are new to Chinese New Year 2021 or know little about it, you will find everything you need to be informed right here.

Chinese New Year is a Chinese festival that celebrates the beginning of the New Year, but according to the Chinese calendar. It is also referred to as the Spring Festival and is observed the evening before the Lantern Festival, which itself is held on the 15th day of the year. The first day of Chinese New Year starts as soon as the new moon appears between the 21st January and 20th February.

Tired of geo-restrictions in China? Get Ivacy VPN to browse freely.

What is Lunar New Year?

The thing with the Chinese New Year is that people do not know how it is associated with the Lunar New Year. Basically, Lunar New Year marks the beginning of a year that is influenced by the cycles of the moon. The entire year could adhere to a purely lunisolar or lunar calendar.

What is interesting is that several East Asian New Year festivals were, or still are, following the Chinese lunisolar calendar, such as: 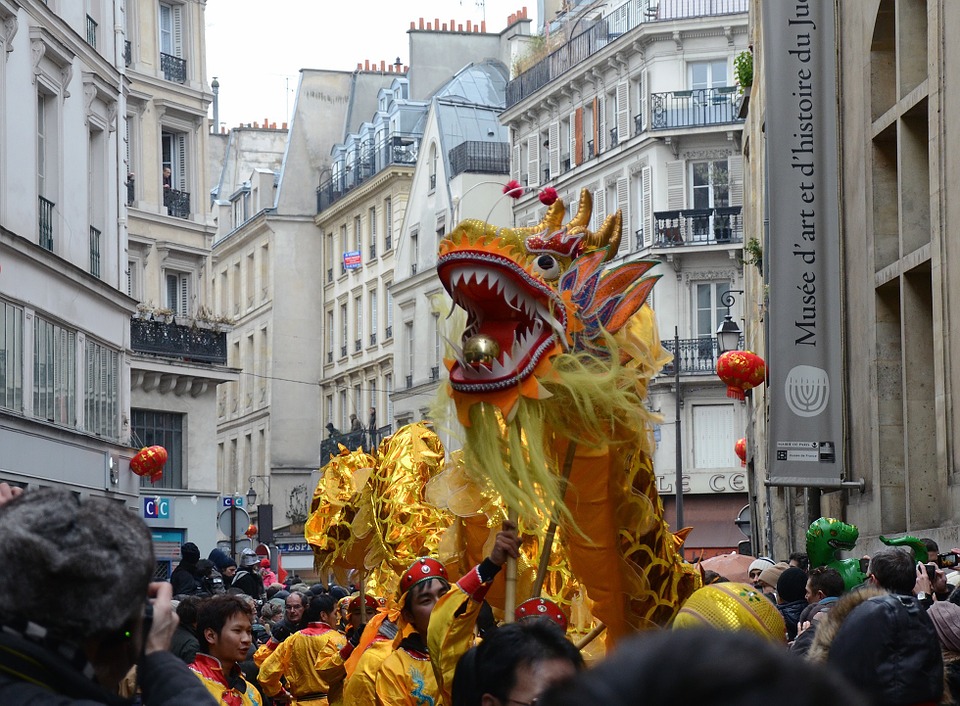 According to the Chinese Zodiac, Chinese New Year 2021 will be the year of the Ox. The animal belongs to the 12-year cycle of the Chinese zodiac sign.

When it comes to the Ox, it is considered an honest creature. The animal is known for its strength, determination, dependability, and diligence. Oxes desire to make progress and have great patience.

Want to remain anonymous while accessing the internet freely? Get Ivacy VPN!

12 different animals represent the 12-year cycle, calculated using the lunar calendar, they are as follows:

The Chinese culture may be filled with celebrations and holidays, but the Lunar New Year is the biggest of them all. During this time, schools and offices remain closed for a week, at least in Taiwan and China. More than 3.5 billion people are expected to travel to celebrate this occasion with their loved ones. But what do the Chinese New Year traditions entail?

A few days after the Chinese New Year, people will clean their house and everything in it. The purpose of doing so is to get rid of the old and welcome the new.

Once everything is neat and tidy, people will go out of their way to decorate their homes for the New Year. The decorations are supposed to be red in color, with the most popular type of decoration being the upside down fu, lanterns, papercutting, door gods, year paint, dui lian and so on.

This day is the 23rd or 24th of the last month before the Chinese New Year. According to tradition, this is the day when the food god will leave their family to visit and present a report about the family in heaven. People carry out religious ceremonies to bid farewell to the food god. The paint of the food god is taken down and burnt as well but is replaced with a new one a day after New Year’s day.

During New Year’s day, several markets will be set up with New Year goods like fireworks, decorations, food, small arts, and clothing. These markets are mostly decorated with tons of lanterns.

Adults give red packets, or red envelopes, with money in it to married couples, and elders to young kids during the New Year’s days. It is believed that the money in the red packets will keep evil at bay from children, keeping them healthy and granting them a longer life.

After the New Year’s dinner, family members will stay awake throughout the night, or at least until the fireworks. Legend has it that a mythical beast, Year, comes out to harm people, proprieties, and animals during this time. Later, it was discovered that the mythical beast is afraid of the color red, loud sounds, and fire, which is why activities with either of these take place during the night.

As mentioned above, fireworks are used to fend off against the mythical beast, Year. It is also used to drive evil away from China. Immediately after 12:00 PM, fireworks are set off, and the person to first set them off will be the luckiest of them all.

Whether you plan to travel or shop during Chinese New Year 2021, remember to protect yourself online using a reliable VPN. Just like how fireworks, the color red and fire keep away the mythical beast, Year, Ivacy VPN will keep you safe and secure from cybercriminals, hackers, and third parties of any kind. If that is not enough, it will allow you to access localized content in China, which would otherwise be unavailable due to geo-restrictions.