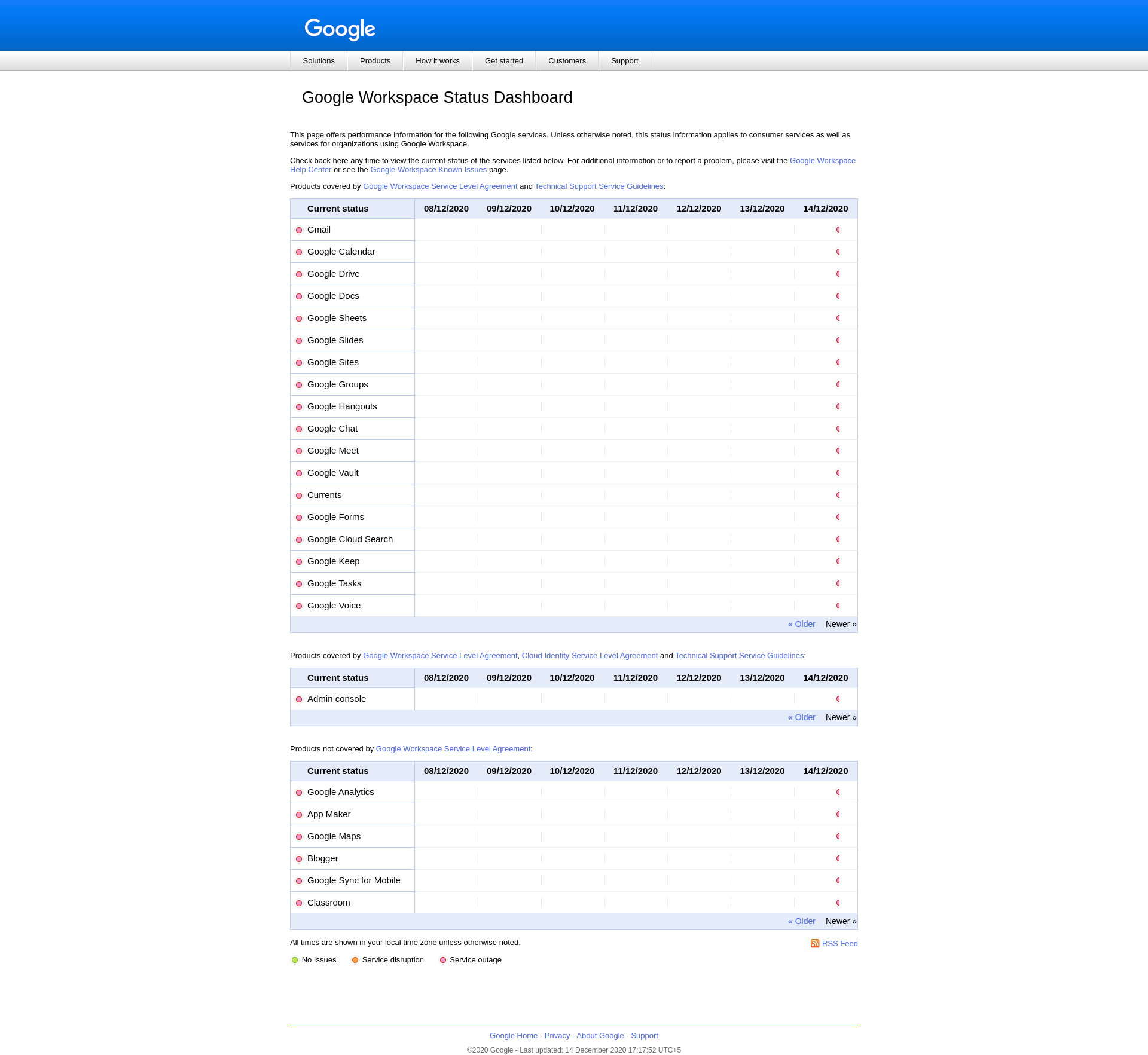 Google acknowledged the problem and told the media that it’s working to resolve it.

Google’s sites including YouTube are visited by more than two billion people around the world every month and Gmail maintains its position as one of the world’s most used email platform with 1.5 billion users.

More than 100,000 complaints have been reported for YouTube alone, with the majority of the issues relating to logging in.

We are aware that many of you are having issues accessing YouTube right now – our team is aware and looking into it. We'll update you here as soon as we have more news.

Other affected sites include Google Meet, Hangouts and the Play Store as well as the Pokemon Go game, which is made by Niantic, another Google-owned company.

It appears the outage is not uniform, with some users reporting a ‘400 error message’ while it is working fine for others.

However, a quick test at the London office of MailOnline reveals Sheets, Gmail and  YouTube are offline with issues also hitting Maps.

Google’s online dashboard that tracks the status of all its services reveals the problem is ubiquitous across all Google services.

Google Seems To Be In Big Trouble

Google has still not recovered and it seems that the attack is ongoing while the corporation refuses to comment to clarify exactly what’s going on and why is it facing perhaps the first of its kind service outage in years. Although, all signs point towards a major cyber attack!

We will keep updating as new information emerges. In the meanwhile, protect yourself with a VPN and encrypt yourself in these troubling times. If even Google isn’t safe, how can you without a cybersecurity tool?